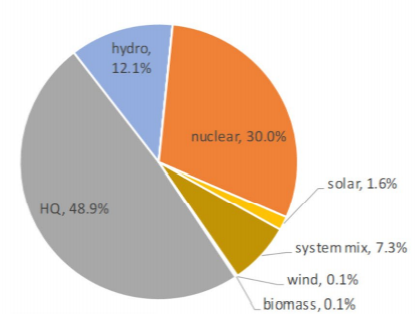 This graph is the electric mix from the 2020 Annual Energy Report, prepared by the Vermont Department of Public Service (January 15, 2020). This is 95% from 20th century facilities. These do absolutely nothing to solve climate change; if we don’t do anything different, nothing will change.

Partly by historical accident and partly by conniving, Vermont and its major utilities got their elbows out to grab way more than their share of 20th century renewables and announce to the world how “green” we are. This is 100% shirking responsibility for the climate crisis (link): nothing will change without building NEW renewables.

Part of the nuclear power is from Seabrook in NH. Construction was started in 1976, and it reached full power in 1990. The remainder is from Millstone in CT. This has two units, the first received a construction permit in 1966 while the second received a permit in 1970. The first reached full power in 1971, while the second reached 100% power in 1976. Some of concerns about increased flood risks to these plants from climate change. The last new nuclear plant in the US started producing power in 1996.

The graph below shows the historical capacity and production of Hydro-Quebec hydropower.

85% of the capacity is 20th century. There have flooded huge swaths of Quebec, so there are very limited options for big increases in this capacity in the future.

The remaining hydro in the above pie chart is from dams in Vermont or elsewhere in the Northeast. Many of these dams are 50 to 100 years old or older, and there has been almost no new hydropower in the 21st century.

These resources are great to use, but NEW RENEWABLES are absolutely REQUIRED to solve climate change. Efficiency and lifestyle changes are helpful, but these come nowhere close to eliminating the need for NEW renewables. In addition, only 18% of Vermont’s total energy use is currently electric. The transportation and thermal sectors must be electrified, which will dramatically increase the need for additional renewable electricity.

How Have the Koch Brothers Infiltrated the Scott Administration

Have the Koch Brothers really infiltrated Vermont? Yes, the main argument used by the Vermont Public Service Department, the Public Utilities Commission and the Vermont utilities to kill solar is “cost shifting”. This argument was pushed by the American Legislative Exchange Council, a Koch Brothers funded think tank, at least as far back as 2014. It argues for cost-benefit analysis (a widely used technique for evaluating public and private investments) but leaving off the benefits. The Koch Brothers clear yet failing agenda is to protect coal-fired power plants. In the Vermont case, the monopoly utilities fear competition from Vermont residents and businesses going solar to save the planet. 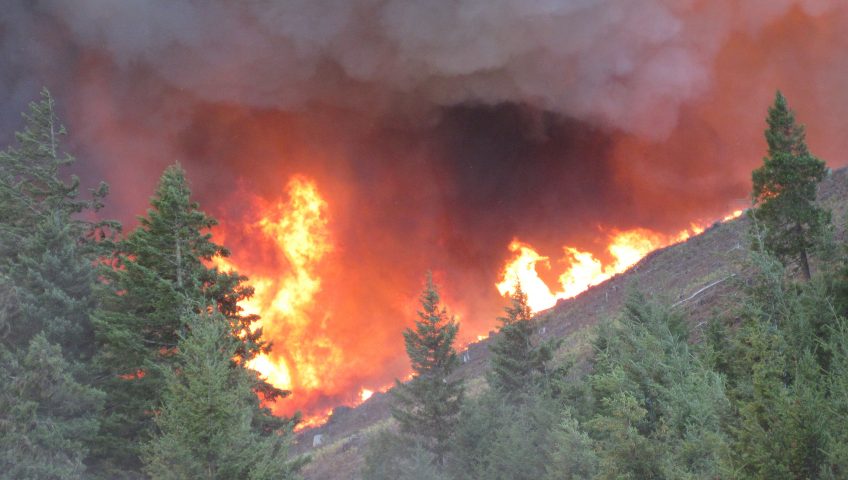 • Colorado’s two biggest wildfires on record have occurred in the last three months.

• California’s largest wildfire ever exceeds one million acres, larger than Rhode Island. This is nearly four times larger than the previous record fire, and five of the 10 largest California wildfires on record are in 2020. More than 4 million acres have burned thus far in California this year, more than all recorded wildfires between 1932 and 1999.

• More named storms have made landfall in the US in 2020 than in any previous year.

• One of the worst weather events of 2020 was a 700-mile derecho in the Midwest that left 800,000 people without power and destroyed crops for hundreds of miles.

• It hit 100 degrees in Siberia, the hottest on record that far north.

• The hottest temperatures ever recorded on earth are in Death Valley and were recorded in 2013 and 2020. 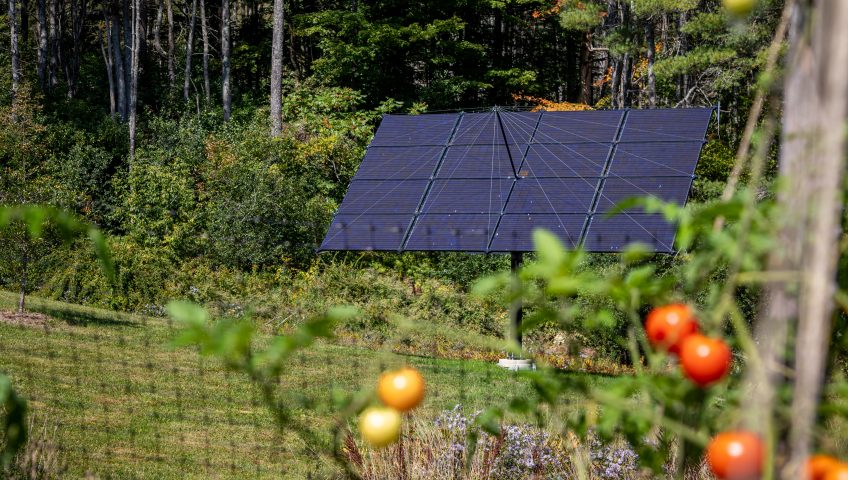 What, isn’t Vermont “Green”? Of course it is, right?

Green Mountain Power, which is owned by a Canadian natural gas distributor and supplies 70% of Vermont with electricity, claims that their energy supply is 94% carbon free and more than 63% renewable. This sounds great, except that 95% of this electricity is produced in 20th century facilities, many of which (particularly hydroelectric dams) are 50 to 100 years old or more.

Do we really think we can solve the climate change crisis without building NEW renewables? It is magical thinking, or really worse, as both the state and the major utilities are complicit in misleading Vermonters. Solar produces only 2% of Vermont’s electricity, and wind is negligible (the wind energy generated in Vermont is shipped out of state).

Even worse, Vermont is going backwards. Permits to build solar, issued by Vermont’s Public Utilities Commission (PUC), declined by two-thirds in the past two years due to the State using Koch Brothers inspired “cost shifting” arguments to cut net metering. The diabolical PUC just dramatically cut the value of solar in Vermont: their action combined with expiring federal tax credits will reduce the value of new solar for Vermont consumers by 40% in just 14 months. The state has already killed over 400 good paying solar jobs in the past two years, and thousands more are now on the chopping block. That’s hardly how to grow good-paying jobs in Vermont.

Using the analytical framework and regulatory decisions of the VT Department of Public Service (DPS) and the Public Utilities Commission, we would all be using landline phones and not be using cell phones. Who reading this does not use a cell phone? Landline phones and cell phones are qualitatively different, even though both make phone calls. Likewise, residential and community solar are qualitatively different than centralized monopoly controlled utility power.

The thousands upon thousands of Vermonters who have already “gone solar” understand this. There is a different ownership structure, a different environmental stewardship feeling, different resiliency characteristics, different control structures, different sharing options with microgrids, different integration options with home automation, and different options for the future as battery prices plummet and transportation and thermal needs are electrified. Any serious projections of carbon free futures see decentralized generation, ownership, communication, sharing and control as essential. The current analytical framework of the DPS and PUC are based entirely upon a 20th century electricity grid model, and treat all electricity identically. The regulators are living in the 20th century; Vermont solar consumers are instinctively in the 21st century. The early adopters of solar are driving this energy transformation.

We can correct such misguided polices by maintaining net metering and building more in-state renewables. This would allow the 20th century nuclear and hydropower to replace coal plants in other nearby states and provinces of Canada. That is the fastest way Vermont can contribute to the reduction of carbon emissions.

Just one storm, tropical storm Irene, caused $733 million of damage in Vermont. It’s the canary in the coal mine.

There have been decades of largely unheeded warnings about climate change, but the reality is here today in a major way, and is only going to get worse. Does anyone with children or grandchildren truly think 20th century “renewable” facilities solve our problems for their 21st century? The state has a legal and moral obligation to be part of the solution rather than part of the problem, which it has been these past two to four years.

Climate change disasters are already here, and the headlines of 2020 are sobering. If the pandemic and politics have distracted you from environmental news in 2020, here is a small sampling of headlines:

• Colorado’s two biggest wildfires on record have occurred in the last three months.

• California’s largest wildfire ever exceeds one million acres, larger than Rhode Island. This is nearly four times larger than the previous record fire, and five of the 10 largest California wildfires on record are in 2020. More than 4 million acres have burned thus far in California this year, more than all recorded wildfires between 1932 and 1999.

• More named storms have made landfall in the US in 2020 than in any previous year.

• One of the worst weather events of 2020 was a 700-mile derecho in the Midwest that left 800,000 people without power and destroyed crops for hundreds of miles.

• It hit 100 degrees in Siberia, the hottest on record that far north.

• The hottest temperatures ever recorded on earth are in Death Valley and were recorded in 2013 and 2020.

Climate change cannot be mitigated without building NEW renewable facilities NOW!  Vermont must do its part and legitimize its green reputation. Contact your legislator today and insist that Vermont stop greenwashing. We must maintain net metering and community solar rather than killing solar jobs.