What Energy Storage Does for You 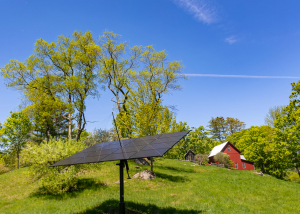 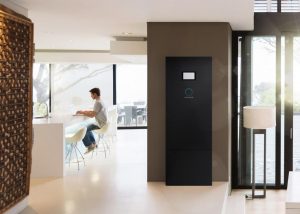 Battery storage allows you to use energy later

As a Solaflect Tracker generates power, that power must either be used right away by your home demands or be transmitted to the grid, which essentially acts like a battery, allowing for solar energy ‘deposits’ that can be withdrawn at a later date.

With on-site battery storage, however, the excess power you generate can be kept at home rather than being transmitted to the grid.  Residential battery storage works similarly to your car’s starting battery. Charging can continue until each battery is 100% charged up.  In your car, your system’s alternator makes sure the battery isn’t overcharged, reducing output as required. In a similar way, a charge controller circuit in a solar + battery storage system simply redirects the excess solar energy to the electricity grid, one of the advantages of being grid-connected. Every kWh of solar output is either used by the home, used to charge your batteries, or transmitted to the grid to be used at a later date.

At this moment in Vermont, New Hampshire and Massachusetts, utilities do not penalize homeowners for their time-of-use of purchased power. However, the store-now-use-later nature of battery storage is vital for making a home resilient to storms and outages. And for homeowners looking for the lowest environmental impact, having the ability to generate more solar power and use it later to further reduce their utility demand can be a smart investment.

Power outages are occurring more frequently as climate change results in more intense storms and as the energy grid continues to age.  If you already have solar, you’re already more prepared than the average homeowner. Battery storage allows you to expand your energy security around the clock. This is typically referred to as “backup” energy supply.

Elective Use of Solar Power

There can be a number of reasons a household may prefer to use stored solar energy during periods where the solar energy system is not generating at a level to cover all local/home demand. Battery storage adds the flexibility to shift the time and use of some amount of the generated solar power.  Although not yet in place in the Northeast, as it is out West, the time will come when “time of use” pricing will impact residential customers in the Northeast.

When solar and battery storage are combined at the time of installation, the storage system qualifies for the Federal Tax Credit. If storage is added to an existing solar system, it also qualifies.

Adding Storage Means Designing It Into the System

Taking advantage of local battery storage is slightly more complicated than simply adding on the hardware. Solaflect Energy provides comprehensive solar plus battery storage designs. We work with each homeowner to understand your goals and needs and ensure the system will provide you the power you need when you want it.